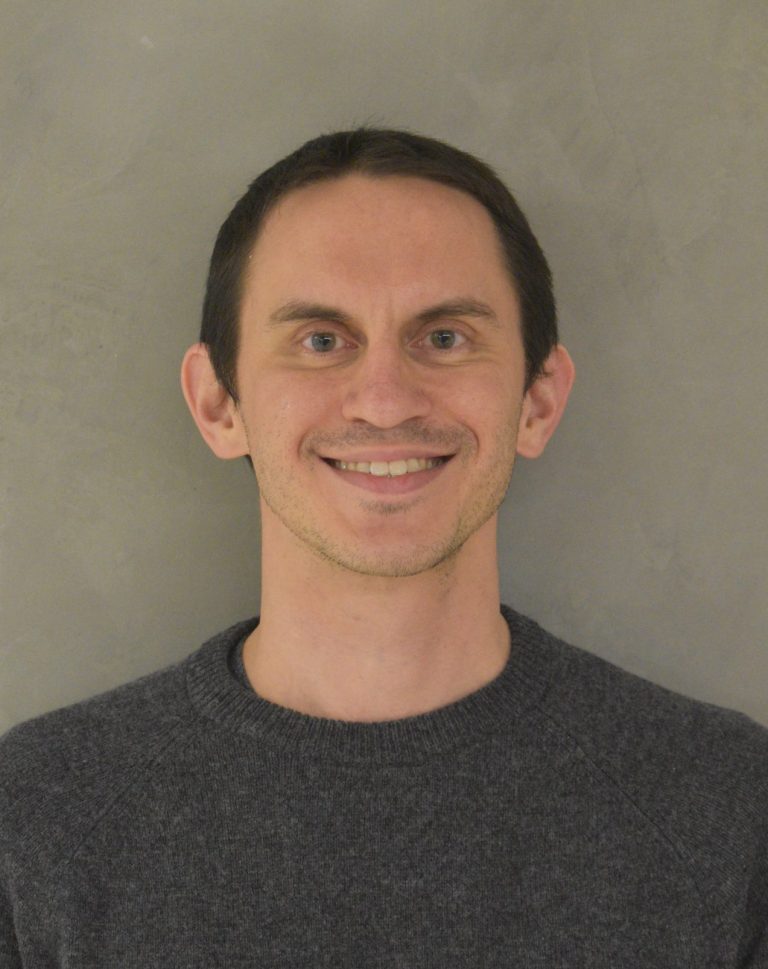 Jeff was born and raised in Chicago, and he was an undergraduate at Northwestern, where he did research in the group of Rick Silverman on organic chemistry, medicinal chemistry, and enzymology. Jeff did his PhD in Chemistry at MIT in the group of Alice Ting, where he used protein engineering and directed evolution to create new tools for studying cell biology. Inspired by the idea of creating protein-mimicking cavities in synthetic materials, he did postdoctoral research at UC Berkeley in the group of Jeff Long, where he studied diamine-appended metal–organic frameworks (MOFs) for cooperative CO2 capture and developed a chiral MOF for enantioselective recognition. At UW-Madison, Jeff is excited to build a team of interdisciplinary researchers that draws from biochemistry, organic chemistry, inorganic chemistry, and materials to create enzyme-mimicking catalysts. 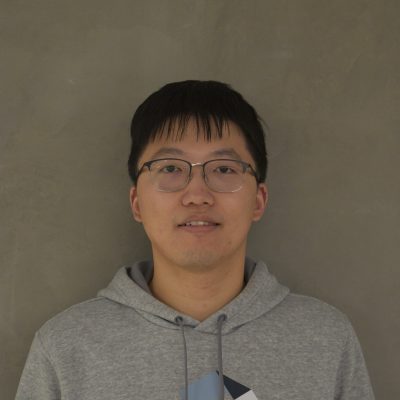 Xu has a B.S. in Chemistry from Tsinghua University, China, where he did research on DNA hydrogels. He earned his Ph.D. in Chemistry from Arizona State University in the group of Hao Yan. His graduate study focused on using structural DNA templates to direct the formation of higher-order photonic systems. Outside of the lab, he enjoys hiking, cooking, and traveling. 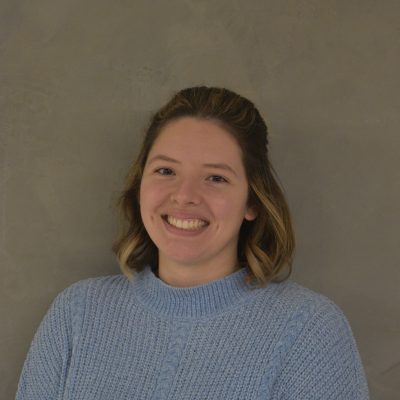 Leslie received her B.S in Chemistry from the University of Illinois at Urbana-Champaign where she worked with Dr. Steven Zimmerman synthesizing polymers for drug delivery. She has previously worked in the pharmaceutical industry where she worked with biopharmaceutical compounds for analytical and stability testing. Outside of the lab, Leslie enjoys hiking and cross-country traveling with her husband. 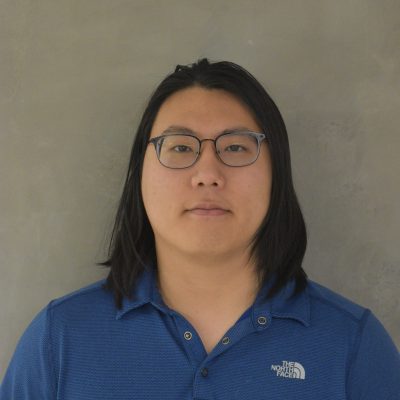 Jed has a B.S in Chemistry from University of Delaware. He has previously worked under professor Zhihao Zhuang in developing activity-based ubiquitin probes to study deubiquitinase activities in cells. Outside labs, he enjoys very enthusiastic walks. 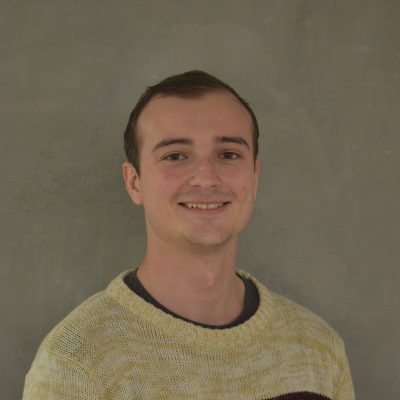 Caleb has a B.S. in Chemistry and Mathematics from the University of North Carolina at Chapel Hill. As an undergraduate, he worked with Professor Abigail Knight synthesizing peptide-polymer amphiphiles and studying structural changes due to self-assembly. In his free time, Caleb enjoys cooking, playing video games, and hiking. 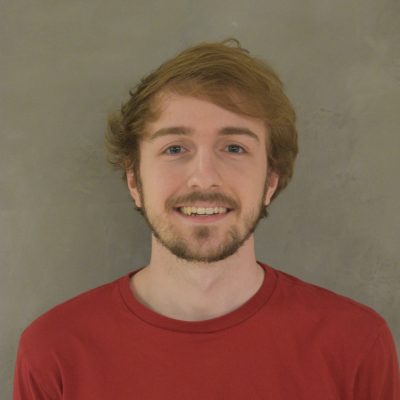 Mario has a B.S. in Chemistry and in Biophysics from Xavier University. During his undergraduate work he spent time researching protein folding. He also worked at the University of Cincinnati medical school in a research capacity, looking into the genetic and protein level effects of schizophrenia. In his free time Mario loves to play video games and also is a big trivia buff. 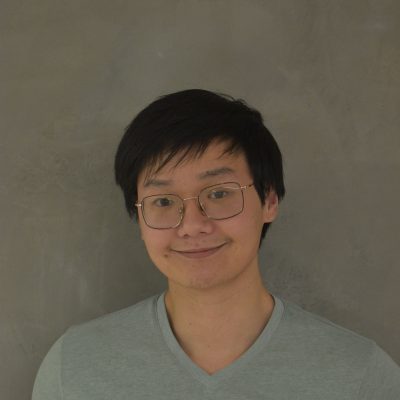 Sifei got his B.A. in Chemistry from University of Minnesota Twin Cities. During this time, he worked on utilizing photo-cleavable protecting groups to study intermediate states of biological processes and to spatial-temporal control drug releasing using two-photon irradiation. When Sifei is not in the lab, he likes to be a Pokémon trainer and a competitive Pokémon battler. 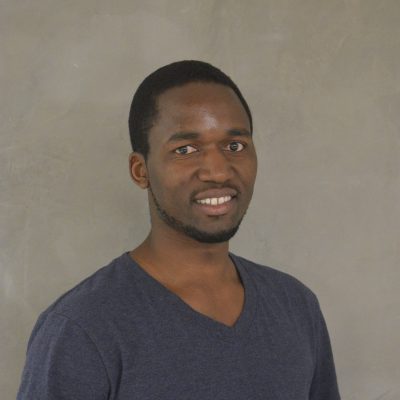 Jean Paul graduated from the University of Southern Maine with a BS in Biochemistry.  He has previously worked in the biotech industry where he manufactured chemical reagents for lateral flow diagnostic devices for infectious diseases early detection. In his free time, He enjoys watching and playing soccer, hiking, listening to music and spending time with friends. 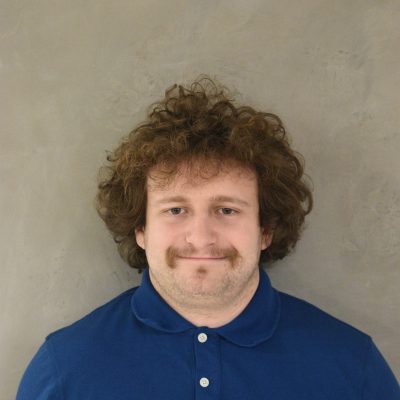 Ethan received his B.S. in chemistry from Washington and Lee University. His undergraduate research focused on examining the process of RNA translation in yeast. He also spent a summer REU at University of Illinois Urbana-Champaign doing organic synthesis. Outside of lab, Ethan enjoys going to various Badgers sporting events on campus especially wrestling. 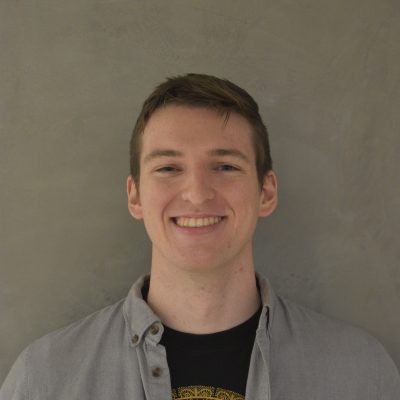 Eric earned B.S. degrees in Biochemistry and Biological Sciences from Rowan University, where he studied peptide and protein biophysics. He currently works on novel strategies for engineering aptamers. Outside the lab, Eric likes to read, hike, and learn how to fix things. 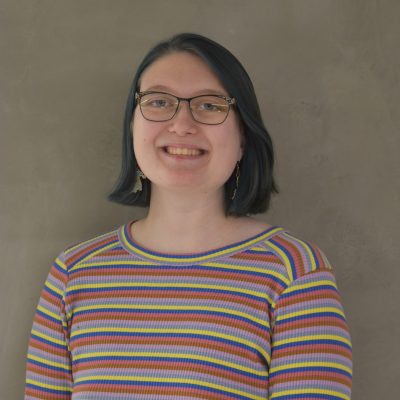 Kailey has a B.S. in Chemistry and Molecular and Cellular Biology from the University of Illinois at Urbana-Champaign. As an undergraduate, she worked with Dr. Paul Hergenrother, where she synthesized derivatives of fusidic acid, an antibiotic used to treat MRSA infections. Outside of the lab, she enjoys being outside, learning new skills, spending time with friends, and studying ASL. 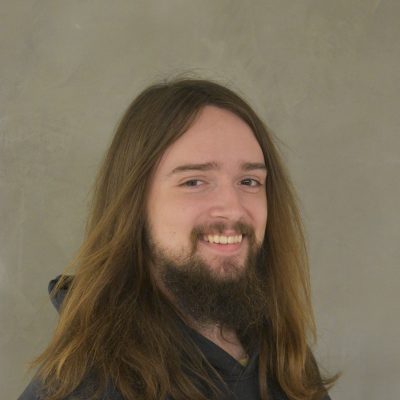 Eli received his B.S. in Biochemistry and Molecular Biology from the Pennsylvania State University. His undergraduate research focused on phase-separating proteins and methods to detect liquid-liquid phase separation in cells. Outside of the lab, he enjoys rock climbing, listening to music, writing, and exploring the surrounding area. 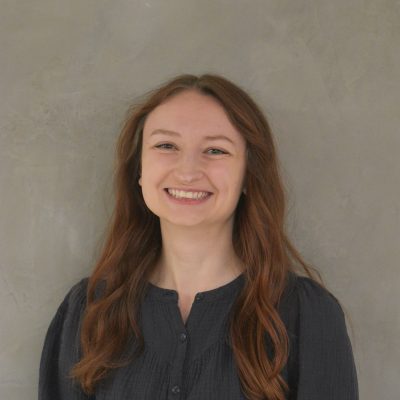 Ashley received a B.S. in Biochemistry from the University of St. Thomas. During her undergraduate career, she worked on synthesizing small molecule antimicrobials to fight Tuberculosis. When she is not in the lab, Ashley loves to bake, cook, and spend time with her husband and two precious cats. 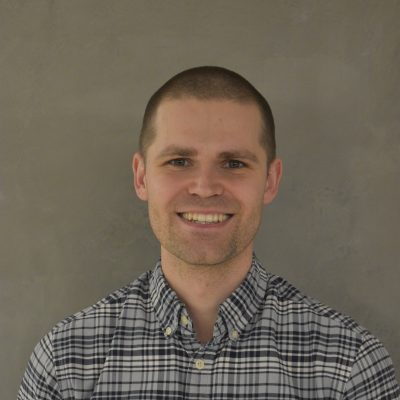 Edward got his B.S. in Chemistry from Brigham Young University, where he worked on natural product synthesis. He has also worked on herbicide development as an intern at Dow AgroSciences and on Joshua Tree research at Deep Springs College. When he’s not in the lab, he likes to play board games and spend time with his wife and two daughters. 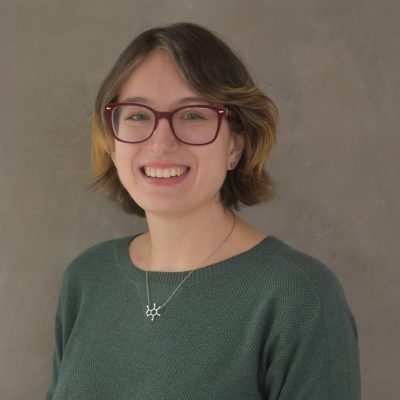 Lizzy earned her B.S. in Biochemistry from Grand Valley State University. As an undergraduate she worked with Dr. Shannon Biros synthesizing a lanthanide-ligand complex designed to target and illuminate cancerous tissue. Outside of lab, Lizzy loves listening to podcasts, doing puzzles, and visiting local coffee shops. 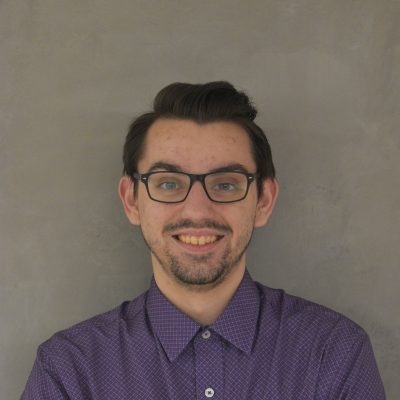 Zach has a B.S. in Chemistry from The College of New Jersey. As an undergraduate, he worked with Dr. Levi Ekanger designing an inhibitor assay for a key bacterial stress response metalloprotein and synthesizing model complexes to study the iron coordination chemistry of cysteine analogues. In his free time, Zach likes to play video games, make music, and spend time with friends. 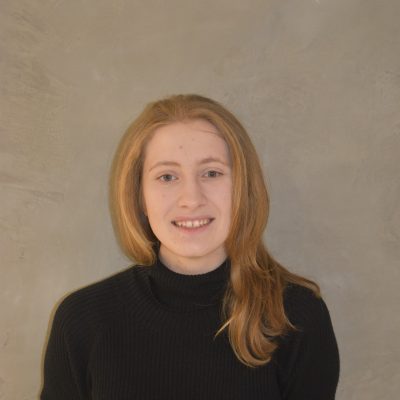 Justice received her B.S. in Molecular and Cell Biology and Spanish from UW Madison in 2022, and is now working in the lab as a research intern. In her free time, she enjoys hiking and kayaking. 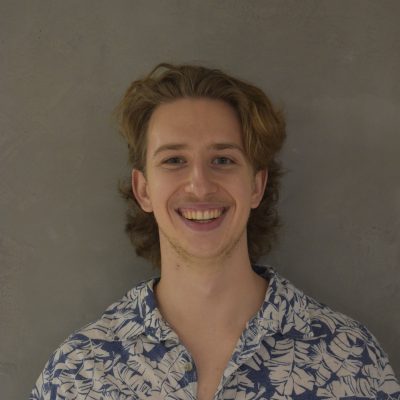 Elliot is working towards his B.S. in Chemistry. He is currently researching under his graduate student mentor, Jedidiah Chung. During his free time Elliot loves thrifting, hiking, cooking, and spending time with friends. 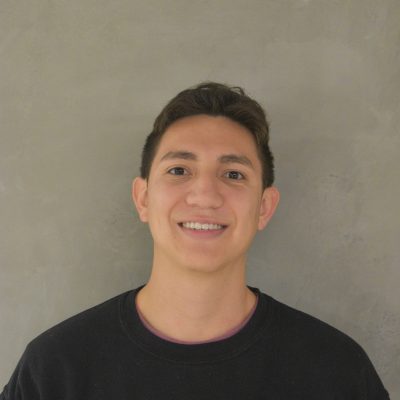 Christian is a third- year undergraduate working for his B.S. majoring in biochemistry. He currently started working on research with Eric Kohn. During his free time he loves to play soccer, read and watch TV. His two favorite shows include The Office and Breaking Bad. 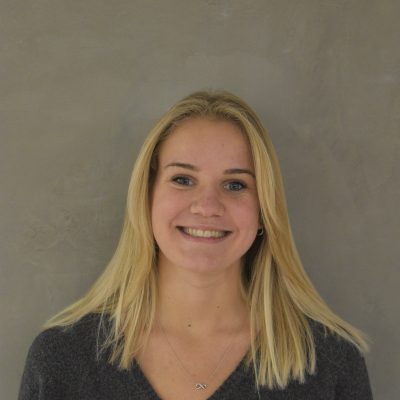 Annika is a third-year undergraduate student working toward her B.S. in biochemistry. She is currently researching under her graduate mentor Ashley Ogorek. During her free time, Annika enjoys playing games and spending time outside with friends. 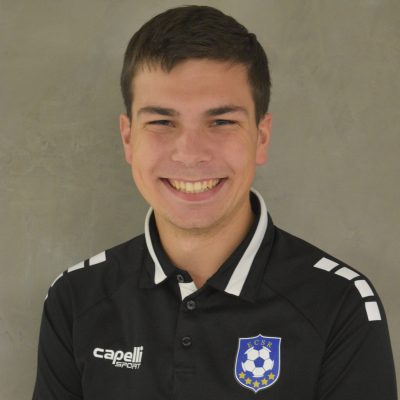 Max is a senior undergraduate working towards his B.S. in Chemistry with minors in Physics and Education & Educational Services. He is currently researching with his graduate student mentor, Mario. When not in the lab or class, Max enjoys getting outside, refereeing soccer, and listening to German music. 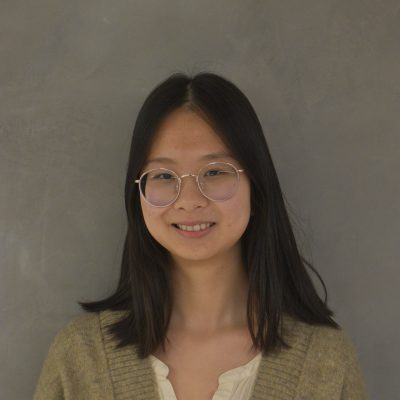 Hang is working towards her B.S majoring in biochemistry and French and her certificate in computer science.  She is researching under her graduate student mentor, Sifei Fang.  During her free time she enjoys playing video games, cooking, and scuba diving. 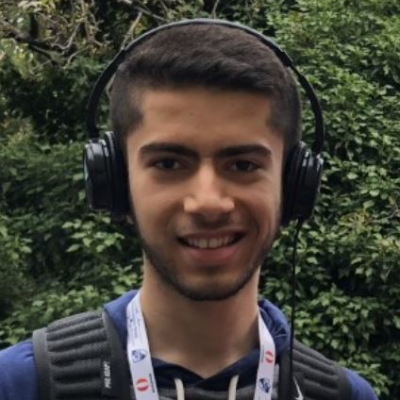 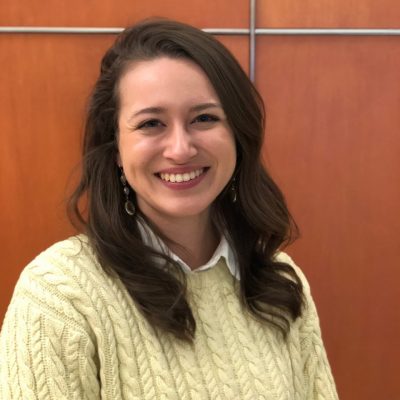